Things just took a turn for the worse. Momoshiki has surfaced using the Karma he planted in Boruto and now what kind of hell will he unleash in the upcoming Boruto Episode 208?

When Jigen came in contact with Kawaki he confirmed that his Karma had matured, but it’s not been that long with Boruto.

In the last Boruto anime episode, Momoshiki manifested himself in Boruto’s body, and from the looks of it, he has full control of the body for the time being.

Boro is a formidable foe, even after Sarada breaking his core, he didn’t break and continued to go on a rampage. When everyone thought there’s no escaping it, Momoshiki made his appearance.

Boruto: Naruto Next Generation Episode 208 release date has finally been announced with the title of the episode and today we are going to share all those with you.

While Kawaki, Mitsuki, and Sarada have run out of chakra, Momoshiki appearing can only be good for them right now. He can take down Boro easily. But will it be that easy?

Boruto Chapter 60 will also be published the same day as this episode. So don’t forget to read it when out.

Just like last week, there’s no Boruto anime break this week also. The episode will air as usual. But after this episode, there will be a one-week break.

Directed by Ryuta Yamamoto, Boruto Episode 208 will air this Sunday on July 21, 2021. The title of the episode is “Momoshiki Manifestation” and it will be out in a few hours.

The Boruto anime episodes first air in Japan and after a few hours, English subbed versions get aired all over the world.

All the Boruto: Naruto Next Generations episodes are available to watch on the Crunchyroll official website.

Momoshiki will appear for the first time as Boruto and this episode is a must-watch for everyone. Now that we are done with release dates, let’s take a look at the time of air.

Here’s when you can expect Episode 208 to air all around the world.

Black Clover Episode 171 will soon be announced, and we all wait for its release date.

The animation for the last episode was awesome and we expect the same quality in all the upcoming episodes.

Boro is not dead yet, which means that the rescue mission of Naruto is still not successful. Each of the Team 7 has almost run out of chakra and even together, they are no match for Boro.

When Boro started pummeling Boruto, Momoshiki manifested himself to save his vessel from getting destroyed.

Fans of Boruto and Momoshiki have come up with a new name “Borushiki” and his manifestation in Episode 207 did look badass.

So now that Momoshiki has appeared, what can we expect next? Well, that is why we are here with some confirmed spoilers from the Boruto manga.

The last anime episode covered Ch 42 and some parts of Ch 43 of manga. Boruto Ep 208 will cover the rest of Chapter 43.

Momoshiki will be going against Boro next. But he soon realizes that Boruto doesn’t have much Chakra left in his body, thus he can’t fight at his full power.

So Borushiki steals some chakra from Naruto and resumes his fight. Boro gets completely dominated by Boruto’s giant Rasengan.

At the end of the episode, we see Kashin Koji visit Jigen’s hideout where Amado is waiting for him. They both are in a plan to attack Jigen when he is weak and there’s no better time than now.

Here’s the English subbed preview of the upcoming episode.

We will update this article a few hours before the Boruto Episode 208 English sub air. So stay tuned and read our article on One Piece 1019 while you wait. 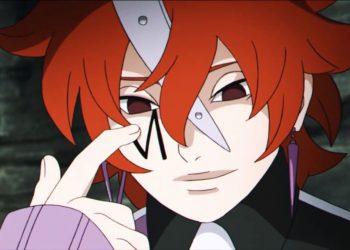 The KSI Show: Where To Watch KSI Vs Logan Paul 3 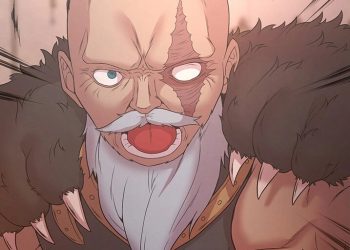 One Piece 1056 Theory: Sabo Will Challenge The World Government