The Hakaishin Mode is here! Fans are so excited by Vegeta’s newest form. Dragon Ball Super Chapter 75 will give us an epic battle and we will see the full power of what this can do.

The fight against Granolah is exceptionally exciting because this opponent is on a different tier and has his own quirks! Can Vegeta manage to defeat Granolah and surpass Goku?

How did we know about the Hakaishin Mode? Oh yes, this is the very same form used by Top in the Tournament of Power. Hakaishin Mode, also known as Destroyer Form, is something common to the Gods of Destruction of the various universes.

Since Vegeta trained vigorously under the watchful eye of Beerus, he has the abilities of a Hakaishin and also possesses the right mindset. That is why he has managed to unlock this new form.

Just like Top, his appearance has changed significantly and we are sure that his abilities will surpass our expectations in Dragon Ball Super 75.

Vegeta’s communication with Granolah is quite interesting. The former is trying to show that Granolah’s grudge should not apply to him and Goku but the latter is only misunderstanding.

But to be honest, think of it from Granolah’s side. The guy sacrificed so much for the sake of vengeance and now he is told that he shouldn’t exact revenge? Not an option!

The Granolah Saga will unleash its next big fight in Dragon Ball Super 75 spoilers. While Goku is down at this moment, Vegeta fights – for the sake of Saiyans, for the sake of survival and to attain the title of the strongest in the universe.

The Dragon Ball Super Season 2 is also set to be announced soon, there are high chances of an anime return.

Dragon Ball Super is a sequel to the highly successful, one of the most iconic manga ever, Dragon Ball. Akira Toriyama still writes it but he has passed on the artwork to Totoyarou.

For more than 5 years, this story of Goku and Vegeta has been published in Shueisha’s V Jump magazine. As of July 2021, it has more than 3 million sales when it comes to volumes!

The raw version of Dragon Ball Super Manga 75 or early drafts are supposed to be released in the newest issue of V Jump, in the month of August 2021. The exact date is unknown but we know it will be within the first 2 weeks.

Now the official release of this series is very regular and fast. So we rarely see the fan translations available. Plus, the raws are rarely leaked.

The official English translations of Dragon Ball Super 75 are supposed to come out on August 18, 2021. You can read them off the viz, mangaplus websites, or the shonen jump app, completely free of charge.

Additionally, these are legal sources that support the creators!

Boruto Chapter 61 will also be published the same day, so don’t forget to read it when out!

Goku has been defeated by a mere clone of Granolah. Following that, he sees Vegeta using the Destroyer Form, something which is immensely tough. Knowing his competitive spirit, Goku is bound to try harder.

He is seriously aiming to be the strongest in the universe and Dragon Ball Super Chapter 75 will show what he wants to do in order to achieve it.

Why is Granolah set on destroying the Saiyans?

Vegeta says to Granolah how he was a simple kid when the attack happened. He has nothing to do with it. And we all know that Goku was another baby traveling to earth via a pod.

He has no idea about all this either. So why should they face Granolah’s wrath?

Next, Granolah has no idea about the shared past of Goku, Vegeta, and Frieza. He only sees it as a pathetic ploy by the Saiyans. Maybe, after this fight, we will get to see Granolah move on to fight Frieza!

Years ago, during the glory days of the Saiyans, Granolah had his planet destroyed by Saiyans. He knew it was on Frieza’s orders, so his grudge extends to both Frieza and the Saiyans and he plans to end them all.

Now that he has the ability to act on his wishes, he plans to carry out his revenge.

He has desired it for so long that it is too hard for him to let it go. Granolah will fight harder in Dragon Ball Super 75!

Why is Vegeta still confident?

Vegeta has been a fighter for a very long time. He understands how power works and how important training is. To gain ability is nothing when you understand it and use it to its full potential.

Vegeta fights Granolah and realizes he is completely outmatched in power.

But, he also understands that Granolah hasn’t trained and that he can be surpassed by raw effort. We all know that Vegeta never comes short when it comes to training and effort.

He also iterates that the title of strongest signifies only a moment in time and with proper technique and enough training, anyone can be surpassed.

And thus, Vegeta is confident about winning. Dragon Ball Super Manga 75 will probably show him surpass his opponent.

The early spoilers are finally here since the raw drafts have finally been translated. Here they are!

Let us know what you think about the upcoming DBS 75 chapter in the comments down below and also check our article on Record Of Ragnarok Season 2 and Solo Leveling Anime while you wait. 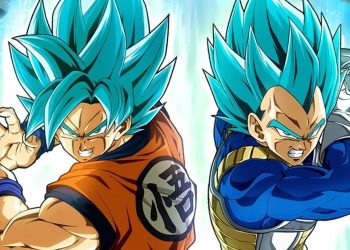 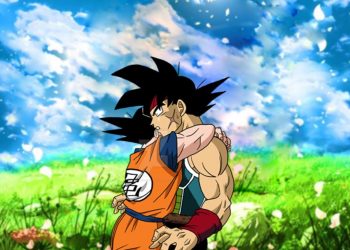