June is returning home together with Juri’s father, they surely have a big surprise waiting for them back home. Secret Class Chapter 130 will show June catch Daeho with Soo Ah.

Daeho has been asserting his dominance over girls around him for a long period of time now, this time it’s Soo Ah. She is having the time of her life with Daeho.

Just when everything seemed perfect for her, June is shown coming towards the house. Will she catch Daeho and Soo Ah doing the act?

If Soo Ah and Daeho get caught, it will be very embarrassing for both. June will surely be furious and disappointed with Daeho, but what about Juri’s father.

He will be the most shocked to see Daeho involved with her sister. The upcoming Secret Class 130 will show if Daeho and Soo Ah get caught or not.

Maybe Daeho will finish before June makes it back home and everything will be back to normal.

A Secret Class anime will surely be great since the story is so good. We expect the manhwa to have more than 200 chapters in total.

Daeho has been having the time of his life over the last few chapters, each time he has gotten very close to getting caught. Soo Ah even caught him with Seol Hee.

The upcoming chapter will show if June and Juri’s father will reach home on time and catch Daeho doing the deed.

According to a note left by the author, the Secret Class Manhwa has been put on a one-week break. The chapter will be published next week.

Secret Class 130 raw scans will be the first ones to be published and will be out around 26th May 2022. The last Chapter 129 was released early, but starting this chapter the schedule will be back on track.

The translation process is supposed to last over 24 hours and only then the English Chapter will be published for everyone to read.

Boarding Diary Chapter 92 and Kingdom Chapter 720 will also be published this week for fans to read.

Soo Ah is enjoying her time with Daeho very much. She has accepted Daeho as her master, and she is okay with the fact that he is younger than her and is a brother figure.

While Daeho and Soo Ah are enjoying their time, Mia and Juri are planning on having their own me time with Daeho when they come back from their swimming classes.

Daeho is surely one lucky guy. He has multiple girls drooling over him, once he is done with Soo Ah he will have Mia and Juri to entertain him next.

But what if June gets back on time and catches Daeho? The chances of this happening are very low since the author doesn’t want the relationship between June and Daeho to end so soon.

Sooner or later, Daeho is going to get caught by June or Mia. It will be surely a fun chapter to read where Daeho gets the punishment he deserves for the first time in a while.

No one knows what happens next and that is why we must wait for the Secret Class Chapter 130 English scans to be published next. So stay tuned and keep visiting Recent Highlights for all the latest news. 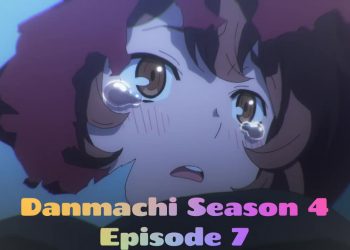 The Beginning After The End Chapter 159: Raw Scan TBATE Spoilers