One thing about Deku is clear. He really does have the finest classmates. The way his classmates have gathered to protect him is so heroic and it fills us with joy. My Hero Academia Chapter 321 will contain the climax of this tiny little arc and hopefully, Deku’s dark days are over.

This week too, we got a cool new color page. This is the second of the three that are meant to celebrate 7 years of serialization of My hero Academia. It’s amazing how time flies in the blink of an eye.

Let us hope that the series remains just as healthy for the rest of its run.

UA class 1 A seems to possess a lot of info on Deku. Not only do they recognize the importance of One for All, but they also know about his other quirks and users.

They realize the looming threat in the form of All for One and seem determined to face it together. The question is, are they strong enough?

For a while now, we haven’t talked about Dabi. The Todoroki family had set their sights on him and now, it has been so much time without any more info on him.

So what exactly happened there? Are they building it up so that Shigaraki and Dabi appear together? We’ll see in the next arc.

The current story, that is, the villain hunt arc, contains multiple narratives. The current one will probably reach its end in mha 321.

It will be interesting to see how Deku’s darkness ends and he begins fresh; probably after a bath.

My Hero Academia Season 5 Episode 17 will also be airing soon, don’t miss it.

As you all know, Tokyo Olympics is upon us. Instead of 2020, they are being held in 2021. Japan is celebrating this joyous event and Shueisha is taking a one-week break, just like it did last year, even though the Olympics was postponed.

My Hero Academia chapter 321 raw scans will be released on 28th July 2021. The new issue will be celebrating a lot and the fans will extract the chapter from the Weekly Shonen Jump magazine.

The scanlators will get to work immediately. We can expect the fan translations of the chapter to be out within 30th July 2021. These English fan scans are highly sought even though they are unofficial.

The official English translations of Boku no My Hero Academia 321 English Chapter will be out on the 1st of August, 2021. You have to visit the Viz website, mangaplus website, or the Shonen Jump app to access them.

We recommend these 3 sources as they are legal and still, free of cost.

One Piece 1020 and Black Clover 301 will also be published the same as the upcoming Hero Academia chapter.

It is impressive how U.A recognizes the threat of All for One and yet, offers to provide safe haven to Deku. In fact, if not for all the citizen safety protocols, it could have become a real operation base.

However, it is a school after all and it should prioritize education. Bnha 321 will probably show the defensive measures deployed by U.A School.

Why are Deku’s classmates so keen to get him back?

Deku sincerely thanked his classmates for worrying about him. He says that they have been very kind to him but he must not return.

He tells them how All for One will capture him and that he does not want to get his friends involved.

And despite this, Deku’s classmates are after him. The whole Class 1 A is hell-bent on taking him back, even by force.

They repeatedly say that they understand the risks and despite that, Deku must return. This is simply because of their love for a friend and their heroic spirit.

All the students emphasize how Deku has affected them somehow or the other though out their classes. They might not be the closest friends, they might not share the same interests – but Deku has been kind to all.

Everyone loves him. My Hero Academia Chapter 321 will probably show Class 1 A’s victory on their friend.

Why was Deku crying?

Our little protagonist is truly the kindest. He has convinced himself that he is fine. We see his sorry state – injured, dirtied and exhausted. He heads down his dark path alone and all he does is think about others.

However, when Deku sees how genuine his friends are, he can’t help but cry.

Deku openly says that they can stop caring, he asks them to stop following him. All his desperate attempts are ignored. His friends will secure his safety.

It is impossible to remain emotionless in this state. And despite all his bravado, he is just a teenager.

In the end, Deku breaks down into tears and then he is captured. My Hero Academia 321 raw will probably show that Deku is being taken to U.A and given proper facilities.

Hopefully, this is the end of his solitary path.

Since the chapter will come after a week-long break, we are pretty sure that most fans will be very eager for the spoilers. Believe us, we are constantly trying to retrieve them for you.

Once the raws are leaked, we get confirmed spoilers and we will put them here for you to read.

This delay is because of the ongoing Olympics. There is no chapter break next week.

Remember to visit our website around the 29th of July, 2021 to access the spoilers. You will definitely enjoy them. And until then, feel free to read more of our articles like Record Of Ragnarok Chapter 50. 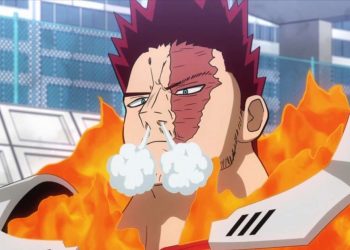 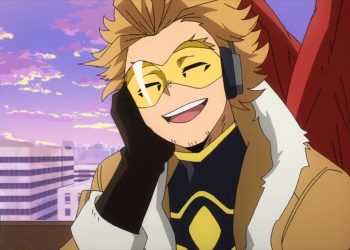 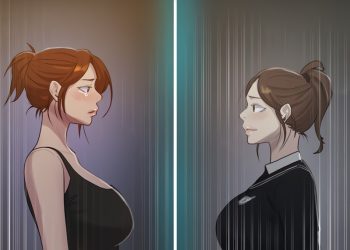