Jujutsu Kaisen Episode 16 release date finally announced and is coming out next week which will be the last Jujutsu Kaisen episode to air this month in January, 2021.

In the latest episode of Jujutsu Kaisen, the Team Battle of the Goodwill Event begins with the teams from Tokyo and Kyoto start from opposite sides. The first team to exorcise the Grade 2 Cursed Spirit will win the battle.

Aoi rushes through the forest and comes alone, asking the entire Tokyo team to face him together. Yuji is given the task to hold back Aoi so that the others can concentrate on finding the Cursed Spirit.

The long awaited battle between the Jujutsu Kaisen’s main protagonist, Yuji and Aoi begins as they face each other and start fighting.

Jujutsu Kaisen started airing in Fall 2020 and the anime is covering the Kyoto Goodwill Event Arc. Fans of both the anime and Jujutsu Kaisen manga have been waiting eagerly for the fight between Itadori Yuji and Aoi Todo.

Jujutsu Kaisen produced by MAPPA has been giving us great episodes with amazing animation, making it one of the best ongoing Shounen anime.

We will be sharing the details about the preview, release date and spoilers of Jujutsu Kaisen Episode 16 so continue reading to the end.

The Episode airs in a few hours from now, English sub preview shared down below.

Episode 15 just got released and fans are eagerly waiting to see the fight between Yuji and Aoi proceed in the next episode.

The title of Jujutsu Kaisen Episode 16 is “Kyoto Sisters School Goodwill Event – Team Battle Part 2” and is officially scheduled to release this Friday on January 29th, 2021.

The release date and time of Jujutsu Kaisen Ep 16 for different time zones are listed below:

You can watch Jujutsu Kaisen episodes on Crunchyroll, its official streaming platform.

Yuji finally begins his fight against Aoi, undoubtedly one of the strongest sorcerers in Jujutsu High.

During the fight, Aoi is impressed with his immense potential. Yuji manages to get up after receiving a punch enhanced with Cursed Energy from Aoi.

We are going to discuss Jujutsu Kaisen Episode 16 Spoilers in the next portion so make sure to close this article if you don’t anything spoiled.

In Episode 16 of Jujutsu Kaisen titled “Kyoto Sisters School Goodwill Event – Team Battle Part 2”, we will continue in on the epic fight between Yuji and Aoi and get to see how Team Kyoto with their order to kill Yuji.

Aoi acknowledges Yuji as his best friend after getting to know they both have similar tastes in women and forces his teammates to retreat when they attack Yuji and asks them to let him take on Yuji alone.

Meanwhile Megumi and Maki face off against Noritoshi and Kasumi.

We can see that Aoi is enjoying his battle against Yuji, finally finding a worthy opponent. Yuji is clearly not efficient in using Cursed Energy. Will this battle make him grow stronger? Aoi will probably help Yuji so that he can enjoy this fight to the fullest.

But how will Megumi and the other members of Yuji’s team react when they know that principal Gakuganji ordered for Yuji to be killed? It will be also interesting to see how strong Megumi and Nobara have become in the past few months.

There are high chances that we will see some epic fights between the other members too.

Let us know what you think about the upcoming Episode in the comments down below and don’t forget to check our article on Black Clover Episode 161. 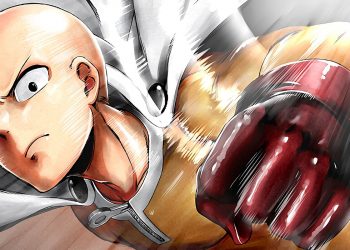