A fantastic chapter!!! The latest events have hyped up fans to the next level. The reveal of Kaido’s Hybrid Form was amazing. That double-spread final panel infinitely hyped us to read One Piece1009.

We are looking forward to many more amazing fight scenes and character development.

Let us take a brief look at the One Piece anime. Ever since the Wano arc came along, it has been shining so brightly. The animation has improved by leaps and bounds, giving us phenomenally fluid visuals.

The sound designing and color palette are equally good. In fact, Wano has had flamboyant colors. The only issue we have are with the relatively slow pace and occasional voice problems.

Now that Chopper has cured the Ice Demon Virus, we are curious about his next involvement in the war. Because even though Chopper is the ship doctor, we see him take on strong opponents and prove that he is a true pirate. And with his multiple new techniques, Chopper is a lot stronger than before.

One Piece chapter 1009 will probably progress the Third Act of the Wanokuni arc. If our guess is correct, this act will go on for about 10 more chapters, bringing us to another arc, which will probably be the final one.

By then, all the strawhats will have appropriate matchups. The fan scans will be here in next 10 hours, so check back soon.

The official sources posted that there is no break this week. So, the chapter should come out in time. We expect One Piece Chapter 1009 raw scans to be out on 31st March, 2021.

Following the raw scans, there will be a scanlation process – scanning, translation, typesetting, redrawing and so on. Then various language fan versions will be out. We expect the English version to be out within 2nd April, 2021.

The official English translations of One Piece 1009 will be out on 4th April 2021. To read it legally, visit Viz, Mangaplus websites, and the Shonen Jump app. All three of these sources are free.

Black Clover 288 and My Hero Academia 308 will also be published this week, so check it out!

One Piece 1009 spoilers have finally been shared. These are just early spoilers, so make sure to check out the official English chapter when out.

The title of the chapter is “Hell” and we see the two yonkou vs the supernovas. Big Mom gets pushed down the rooftop and she will most likely fall in the sea.

Red scabbards are still alive and kicking and go against Orochi.

We have shared the full spoilers in a separate article, so make sure to read it.

We ask you to read the Official One Piece chapter on the Shonen Jump website so that you can support the original creators.

Sanji has been discussed a lot recently, especially after his ordeal with Black Maria. Let us take a look at Zoro.

A lot of fans agree that ever since the new world came along, Zoro hasn’t had any real moments – moments of struggle and self realization that made him so dear to us.

We are hoping that One Piece 1009 raw scans or further chapters will give him a proper struggle, followed by him forcing his way through to victory, just like the old days. It is time to see Zoro get completely serious.

Why is Kanjuro after the Scabbards?

We saw Kanjuro being defeated by Kikunojo, just before the scabbards entered the gate. And at those times, Orochi was beheaded by Kaido. However, that was not the end. Kanjuro recovered from his injuries, probably with help from the Oniwabanshu. With Orochi still kicking, Kanjuro is rampant once more.

Kurozumi Kanjuro – the man lives to serve Orochi. He believes he must kill Momonosuke to end the performance that is his life. However, he had to erase the scabbards first, so he sent a fake Oden.

And it nearly worked; Ashura Doji, one of the strongest scabbards is gravely injured.

We believe Kanjuro will chase Momo in One Piece 1009 spoilers. And the remaining scabbards will do the same, except they want to save Momo. Fortunately, the fake Oden rendered Kanjuro quite tired, so he can’t move very fast.

How did Orochi survive?

We saw Kaido cleanly lop off Orochi’s head. Ever since then. There were no more hindrances on his part. But, Orochi is alive. The reason will probably be revealed in One Piece Manga 1009 or later chapters.

We believe that Orochi survived because he has more than one head, due to his devil fruit. When all heads are cut off, that is when he will die.

As of now, Orochi is angry about Kaido betraying him. So he is damaging Kaido’s crew and property. This is actually good. Kaido’s forces of 27000 will be hit even more now that Orochi is sabotaging them.

Hopefully, Orochi will meet his end in the hands of the scabbards. Despite his present help, he is still a despicable villain.

What is the situation on the roof?

Will the upcoming One Piece Chapter 1009 spoilers finally focus on the fight on the roof? Let’s take a look!

Momonosuke says that Luffy is greatly weakened, but he is still fine. This is probably because he can hear the voice of all things, just like Luffy – which is an ability that will probably be quite important in the future.

From the looks of it, Yamato won’t be joining the roof anytime soon, she will probably have to deal with Kanjuro.

At the rooftop, Luffy is getting beaten up by Kaido – none of his attacks seem to work and he is getting repelled easily. However, he spirit is far from broken, he looks ready to go at any time.

Unfortunately, the other 4 supernova have a grim tone. They have realized that Big Mom and Kaido must be separated, otherwise there is no chance.

Luffy doesn’t care how hard it will be. And we know well that Zoro will follow him anywhere. We can expect some great action going ahead.

Hopefully, One Piece 1009 manga spoilers will be centered around Luffy fighting Kaido, who looks even more menacing in his hybrid form!

Let us know what you think about the upcoming One Piece spoilers and raw scans in the comments down below and read our article on Attack On Titan Season 4 Episode 17 while you wait. 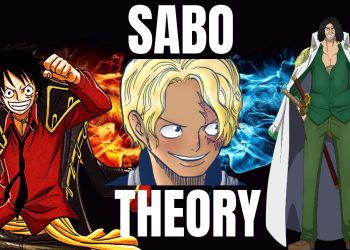 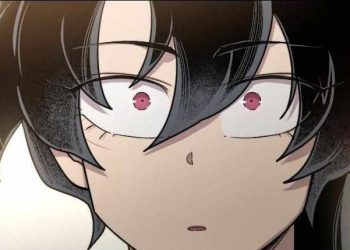