Kaido looks tired and unconscious, fans are excited to know if he is down for good. The upcoming One Piece Chapter 1050 will show if Luffy won the fight.

In the last chapter, Kaido’s backstory was interesting. We saw snippets of his past but it simply feels incomplete. We don’t know how he came to be the man he is today.

We just know that he was a strong, free-spirited guy.

Even though it has been a month since the release, One Piece Volume 102 is still selling well. It ranked 10 in the first week of May, with more than 90 thousand volumes sold.

While the overall sales are taking a hit, it’s nice to see that the series still ranks high.

From the looks of it, Wano might just end here. The narrative can either stretch this out even further or end things here.

If it stretches, then Kaido’s backstory can be shown properly but it might get boring. If it ends here, things will end right before the drudgery starts but things will feel incomplete.

Kaido has been smashed into the ground. And Luffy looks fairly injured. What will One Piece 1050 show us? Which of these two will rise first? And how close are we to the ending?

Things are filled with ambiguity right now and we want answers.

We have a break coming up, as expected. This is the scheduled break taken by Oda sensei to maintain his health.

In lieu of that, One Piece Chapter 1050 raw scans will be coming out in the next to next issue of Weekly Shonen Jump, on 25th May 2022.

What we mentioned above are the raw scans. But we need English, not the Japanese version. And thus, we have to wait for the scanlations of the chapter.

We expect the fan-translated English version of the chapter within 27th May 2022.

Now, the official English translations of One Piece Manga 1050 are arriving on 29th May 2022.

Update: The early predictions are out and soon the raw scans will be translated and the Reddit spoilers will be shared down below for everyone to read.

Closing out the month, it will be available for free on the Viz website, Mangaplus Website, and the Shonen Jump app. Remember that is this the legit way to read the chapter and we highly recommend it.

My Hero Academia Chapter 353 and Dragon Ball Super Chapter 84 will also be out to read on the Shonen Jump website this week.

One Piece Chapter 1050 Theory And Predictions

Momonosuke had so much development in this arc. But it feels a tad bit unresolved. It is as if he had near reached the appropriate level of depth but failed just before hitting the sweet spot.

We expect more from Momo in One Piece 1050 raw scans. Not dangerous things; just development of character.

We have seen him take pride in his name and his heritage. We have seen him attempt to be a proper leader. He even sacrificed years of his life just to be strong enough to protect Onigashima.

One Piece manga 1050 spoilers will show if he can recover from his exhaustion and re-liberate the samurai in the raid.

What happened in Kaido’s past?

Being the strongest one in the Vodka Kingdom, Kaido desired strength. His value was immense.

Simply handing him over to the Marines gave the Kingdom, the right to attend Reverie. That is a huge value. And this is probably due to Kaido’s race – the Oni race.

Kaido fled from the marines and led his life as an outlaw. Occasionally he would get captured, just to get some food. He was always too strong for his opponents.

When he turned 15, he was invited by Whitebeard to join Rocks.

Kaido was in the Rocks pirates and wreaked havoc. He was absent during the God Valley incident. However, in the aftermath, he disappeared while Big Mom searched for her little brother.

Years later, he is with King and he turns his eyes to Wano.

One Piece Chapter 1050 raw might continue with the backstory. It can show why Kaido changed, why he chose Wano and other things. We still have essential things missing from the character.

What is this world Luffy is building?

A world where all his friends can eat as much as they want. This is the world that Luffy wants to create. It is a world of freedom and happiness. It is a simple sentence that encapsulates the spirit of the series.

But in order to build this world, Luffy must rise to the top of the world. Can he stand over Kaido in One Piece 1050 English Chapter? We will see.

What is happening to Onigashima?

The waters of Raizo cleared the fire. But now, its immense volume is dragging people around. We hope all of them will get around to safety. Seeing Denjiro standing and hugging Hiyori is satisfying.

For years, these two have worked under the despicable Orochi and now that horrible man is gone. One Piece 1050 manga spoilers will show the people cheering since Onigashima has landed safely. Momo did his job.

It is still too soon for that. With the break next week, we do not expect to see any spoilers before 22nd May 2022.

Initially, we will get bits and pieces of spoiler, preliminary ones. As the raws come, we will give you detailed spoilers. The link to the One Piece 1050 spoiler article will be right in this section.

So remember to visit us again.

In this section, we are going to have a small discussion about the current state of the series. You see, there was a time when every volume sold for 2 million copies or more. But now, slowly, it is declining and the latest numbers were about 1.5 million. For a series like this, it is a big drop.

Last year, One Piece came 4th in overall sales. Slowly but surely, other series are getting ahead. With their fancy animation, fast-paced flow, and overall ‘cool’ feeling, new anime are setting the trends.

Hence, they are selling more. For example, Spy x Family came a month ago and for that month, it was the best-selling manga.

Let us explore some reasons why the sales are declining:

One Piece does not have a seasonal anime. It has a long-running one and people are slowly dropping it, despite the amazing animation. Without that boost, sales are bound to take a hit.

The Viz translations of calling Zoro Zolo is a major turnoff for people. Why would anyone like to see it? Plus, Viz takes other small liberties that are not always appreciated. Even fan scans feel better sometimes.

For One Piece, backlog sales aren’t that popular. It’s simple. The new generation of readers is cut off from those. It is a huge commitment and most people aren’t eager for it. Old volume sales at this time, are ridiculously low.

This age gap is a problem and we don’t really have any option. New people can’t just jump into a story this long and dense – hence the sales are from pre-existing fans.

Anyways, we are pinning a small amount of hope on the live-action. If that one turns out to be good, international fans might just pick up the series and that can boost sales. But it won’t be that much.

The raw scans and early Reddit spoilers of One Piece 1050 will be here to read soon. So stay tuned and also check our article on Boruto Chapter 70 while you wait. 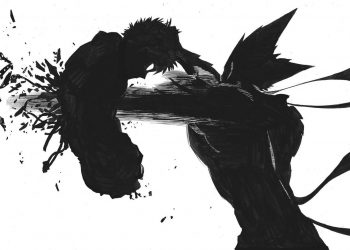