The God of High School 462 Spoilers, Recap and Release Date

Fans have been eagerly waiting for the raw scans and spoilers for The God Of High School 462 Chapter to come out.

Today, we will be sharing with you every bit of detail regarding the release dates for the spoilers and raw scans.

The fight between the former couples, Han and Mira has gotten intense. After Mubong activated the energy stone, Tathagata’s influence affected Mira, who has lost all her senses.

After Xiaochen’s sacrifice, we got to see the change in Han’s fighting style. He went straight aggressive from offensive style fighting with nothing left to lose.

The chapter ended with the fight between Han Dae-Wi and Yu Mi-Ra breaking off, while Han failing to summon full power of the blade of Tathagata.

Do you think Han will manage to subdue Mira, or Mira will devour Han while in the influence of Tathagata?

Before we let you in on the spoilers of the upcoming God of High School Chapter and the release dates, let’s take a look at all that happened in Episode 461.

Also check out our My hero academia 271 and One Piece Chapter 980 while you wait for the release of the upcoming God of High school Chapter.

The chapter started with a flashback to when Tathagata approached Hephaistos to get the ultimate sword made that could cut through anything.

To which she acted amused, and demanded 40,000 souls to make the sword. Tathagata brought 48,000 lives to Hephaistos, which she used to create the sword.

She told him that, a sword infused with 48,000 vengeful souls will react to his desires. The more he desires, the destructive sword will become.

Later we go back to the fight that began between Dae-wi and Mira. Mira, who is been influenced by Tathagata, and is not in control of her body has been dominating so far.

Failing to summon the full power of the Blade of Tathagata, Dae-wi is pushed to a corner, while Mira keeps on getting faster. The sword kept on refusing Dae-wi, while he was trying not to be influenced by the Jade Emperor’s words to devour Mira.

Everything started to fall apart, once the Holy Place was activated. Seeming to lost all hope, Judge R appeared in front of Dae-wi offering him his help. He tells him, if the blade allows, he can use its full power.

He refused R’s help. We could see people helping out with the help of Project Wi-Fi. Park Il-Pyo, sends 90 percent of the world government’s main forces to New Korea. They shared the healing Wi-Fi to help out people who are hurt.

Dae-wi said that he has got all the help he needs. Judge R complements that he has changed. Using both of his hands he activates two natural forces, Compression on his left and Expansion on his right using the sword’s power.

With a chance to lose Sage’s wisdom, he combines both natural forces to create an explosion towards Mira. Using Haetae’s assistance, he finally manages to activate the sword.

While the blade pierces Mira, Dae-wi’s right arm gets shattered as a consequence of the explosion. To finalize the blow, he uses his left fist and completely pierces Mira.

The impact was so powerful that it hits the broken piece of Yeoui, and carves a piece out.

Raw scans are out for the God Of High School Episode 462. They are yet to be translated. But what we could get from it is that this is the end for Dae-Wi.

The chapter starts with Seuncheol Baek, back on Moon trying to stop Tathagata’s revival. Back to Earth, we continue when Mira is defeated.

Mira tries attacking herself, while Han remembers what Jade Emperor said to him. That could be to devour Mira, since they both hold two parts of his power.

With the eclipse rising, Tathagata’s powers also start to rise. We could see Mira’s clones fighting Dae-wi.  Trying hard to stop the fixed outcome, he finally decides to give the power of Jade Emperor to Mira.

Finally, Mira Yu, awakens as the Jade Emperor with Sage’s robe. There is a long monologue of Dae-wi, probably his last words. We see Mira unleashing the full potential of the blade. Mira also seemed to have recovered her memories.

Since, the eclipse is near, we all know that Tathagata will eventually be revived. Even though, that means Mori could lose Han or Mira.

When the fight finally breaks out, there is no chance for current Mori to match Tathagata’s power, who is said to fuse along with a human prophet and be known as Maitreya.

We know that Mori lost his power after the first apocalypse war. At the state he is now, he can barely use his full power for longer durations.

We know that when the last time he went against Tathagata, he had to devour monk Sun Wukong, to kill him. So to beat Maitreya, Mori might have to devour one of his close friends again, which we know he can’t.

So unless, there is a way he recovers his full power, we don’t see a chance of Mori winning against Maitreya. But we know that Mori tends to surprise everyone’s expectation.

And the last time he went against Maitreya, he was alone. But this time, he has Han and Mira fighting alongside him. He also has the support of humankind, and the demon world.

What do you think, will Mori recover his full power? Do you think he can defeat Maitreya in the current state? Who do you think will be the winner?

God Of High School Episode 462 release date and where to read?

Since, there is no delay reported, God Of High School 462 will be releasing this week on 14th May. You can read it on the Webtoon official website and app.

So this was our article on the upcoming The God Of High School 462 spoilers and raw scans.

Let us know what you think will happen in the comments below and don’t forget to check our article on Kimetsu no Yaiba 205 and Black Clover 250. 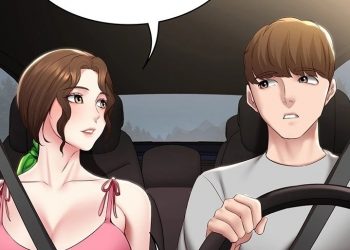