Will KSI Vs Deji Ever Happen? Deji’s Official Statement!

The Boxing fever has taken the Youtube world by storm and it is safe to say that influencer boxing is here to stay. Fans eagerly want to know if KSI Vs Deji will ever happen and if does, who will win?

Deji aka Oladeji Daniel Olatunji and Olajide Olayinka Williams Olatunji also known as KSI are biological brothers and even though they have had their fair share of beef in the past, those two surely have a strong brotherhood bond.

Even though they had some beef last year, they are back together and KSI was showing his full support in Deji’s fight against FouseyTube.

Even though they are brothers, some fans are still wondering if Deji and KSI will ever fight each other in the future. Nothing has been confirmed but if it does happen, this will surely be a very successful event.

KSI and Deji both secured easy victories in their last fight and are now in the process of choosing their next opponents. Fans eagerly want to know who will KSI fight next and we might just have the answer.

Will he fight Deji? If not soon, then who will Deji fight next?

On 27th August 2022, on the KSI undercard, Deji secured his first influencer boxing win against FouseyTube. This was a dream come true for him since he had been the butt of all jokes for the last few years since his first fight against Jake Paul.

Deji took many difficult fights against stronger and bigger opponents in the past, resulting in consecutive losses. Even KSI reacted to his fights and was very disappointed to see his conditioning before the fights.

When KSI was putting all his efforts into training for his fights, Deji was out partying or gaming.

Deji always ignored training and physical conditioning before all his fights, but we got to see a new changed Deji on August 27th during his fight against FouseyTube.

Even KSI was a little worried before the fight started, but Deji showed a new side of his. His hard work and dedication paid off and he secured his first win against Fousey and fans were overwhelmed by this win of his.

The support and respect for Deji have immensely increased among his fans after this fight and now fans are eagerly waiting for his next boxing match. But who will it be? Is there any chance he will fight Aneson Gib or Austin McBroom?

The one who wanted Deji to win the most was no doubt his brother KSI. As mentioned earlier, they surely did their share of brother quarrels but at the end of the day, they shared the same blood and brothers always look out for each other.

Knowing how hard Deji trained this time around, KSI had high hopes for him. So when the clock turned 8:30 and the boxing match started, KSI was seen holding his breath and praying for Deji to win.

Footage from KSI’s locker room shows him jumping with joy after Deji KO’ed Fousey in the third round.

Both the brothers are very happy with their performance and we expect them to do even better in the next match. But who will be their opponents? Is there any chance of a KSI Vs Deji happening soon? Will Deji and KSI ever fight?

This is something that many fans around the world want to watch. When someone talks about two brothers fighting each other on a boxing influencer card, Logan Paul Vs Jake Paul comes to mind.

But Deji Vs KSI is a very close second. But no matter how much we want it, it is safe to say that this fight will never happen.

Deji even issued an official statement saying that a fight between them will never happen. They have squashed their beef and even if the fight were to happen, KSI will clearly emerge the winner.

So why would Deji go into a fight knowing he will surely lose? Only for the money? It’s very unlikely. For the event tickets to sell, they will have to start fake beefing and it’s safe to say that KSI and Deji are above these types of petty things.

Deji clearly respects his brother and KSI has started reciprocating the sentiment. If in some way we get to see a KSI Vs Deji fight anytime soon, let’s root for both of them and consider it a friendly fight.

Overall, it’s safe to say that KSI Vs Deji will never happen.

So who do we discuss next? Drop your thoughts in the comments down below and keep visiting for the latest Youtube news from all around the world. 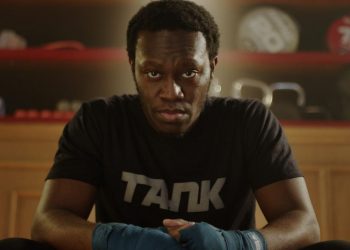 The Beginning After The End Chapter 176 Release Date, Spoilers