One Piece 1035 Spoilers Reveal The Secret Of Lunarian Tribe

With Sanji’s fight being over, we are moving on to Zoro and his deadly foe. Without a doubt, King has been one of the most interesting enemies we have seen so far. In the spoilers of One Piece 1035, we discover more about this menacing character and how Zoro is going to fight him.

Last week did turn out to be a break. This means that even though viz is the official site, it isn’t always accurate about the timings.

They did falter with the One Piece release date. Maybe that is why they started to remove the release date from the end of chapters!

We have always wondered about Zoro’s Ashura form. Pre-timeskip was his best shot against opponents. It is the same case in the post-timeskip part.

Ashura is the only attack that could damage Kaido. Maybe Zoro doesn’t always have access to it. We’ll see more.

One Piece Chapter 1035 is titled Zoro vs King. A title can’t be simpler than that. A chapter fully dedicated towards the proper beginning of Zoro and King’s battle. So let us get to the spoilers.

Remember, these are just preliminary ones. The detailed version comes later.

From this chapter, a new cover story begins. It will contain how the Germa 66 escaped from Whole Cake island after they helped the straw hats escape.

The battle between Sanji and Queen is over. And of course, Sanji has won. With Queen defeated, Sanji can rest easy. The strawhat collapses from exhaustion. Sanji has done his part – his contribution has been immense. Now, it is Zoro’s turn.

Zoro has been studying his opponent. He notices that as soon as the flame on King’s back disappears, it means that King has increased his speed. But this boost comes with the price of a decreased defense.

In One Piece 1035 manga spoilers, King’s face is finally revealed. He has long hair and his face is slightly injured. We get to see what a Lunarian looks like. He has brown skin and grey hair. Coupled with his black wings, this signifies his Lunarian heritage.

The government is hunting for this tribe. If someone leaks info about this tribe, they will be paid 100 million berries. No wonder King hid his face. His identity and existence are a big secret.

We then get a flashback. This is the meeting of King and Kaido. Both of them were in a government research facility. This means that some shady thing was going on and these two allied and escaped probably.

What really transpired is definitely a matter of great interest.

As for King’s real name, it is something along the lines of Arbel or Albert or Albel or so. Basically, the Japanese meaning is probably Aruberu and we do not have the proper romanization yet.

Up next, we see the clash between Zoro and King. It is a highly brutal match. King uses his new attack Omori Karyudon. Similarly, Zoro uses a new move which is something like Dragon King of the Three Flames.

We don’t know for sure but Zoro probably uses his fire-cutting techniques in this attack.

One Piece Chapter 1035 spoilers end with Zoro attacking King. It seems like Zoro has finally found a foothold in the battle and he is slowly trying to capitalize on it. More of this will come in the next chapter.

There are two consecutive chapter breaks. Chapter 1036 and 1037 will be on a break back to back.

Here are the expected release date of the following chapters.

All of the releases dates shared above are official dates and not raw scan release dates. So stay tuned while we bring the latest One Piece news for everyone from around the world and also read our article on Tokyo Revengers Chapter 225. 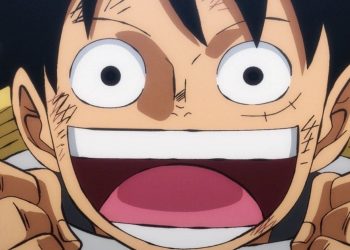 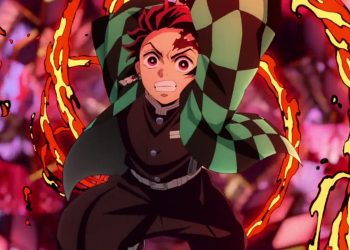