The release date for Hawkeye Episode 5 has finally been announced and today we share details on where you can watch it and its time of release all around the world.

Hawkeye Season 1 Episode 4 ended on a very serious note with things starting to turn deadly serious for the ace archer. We could see it on his face when he said things have turned very real very quickly to Kate Bishop.

Yelena Belova, the black widow assassin and also Natasha’s younger sister, though they aren’t blood-related, is back and has Clint Barton in her sights as shown in the post-credits scene of the Black Widow Movie.

Black Widow was released earlier this year simultaneously in theaters and through Disney+ with premium access. With only vengeance in her mind, Yelena will be itching to take revenge on Hawkeye for “killing” her sister.

Dexter New Blood Episode 6 and The Flash Season 8 Episode 5 will also be airing this week and is a must-watch for everyone.

Where to Watch Hawkeye Season 1 Episode 5?

Hawkeye will only be available to watch on Disney Plus, as it is a Marvel exclusive. That means that you will need a Disney Plus subscription to watch.

Fans of Hawkeye Season 1 can stream the episode on Disney+ in the United States and the UK.

Indian fans can stream it on Disney+ Hoststar.

Wondering when will Episode 5 air all around the town and where is the countdown?

Hawkeye Season 1 Episode 5 will release on the 15th of November and fans all around the world can watch it at the following times:

We still haven’t seen a glimpse of the head of the operations for the Tracksuit gang, though there are very strong speculations ahead of the release of the penultimate episode.

Maya’s Uncle was mentioned as the head of the operations for the Tracksuit Gang, and based on the fact that he hasn’t been revealed till now, We can be sure that he is going to be a major character. Fans of the comics will know that Wilson Fisk has played a close role to Maya Lopez in the comics.

Episode 5 releases on December 15, 2 days prior to the release of Spider-Man: No Way Home, which is heavily rumored to have Charlie Cox reprising his role of Daredevil and this could be a hint that the projects want to build hype off of each other.

Though there hasn’t been any official confirmation, we can more or less expect Wilson Fisk to be the big bad of Hawkeye Season 1.

Why is Yelena after Clint’s head?

In the post-credit scene for Black Widow, we see Valentina Fontaine show up, who had made her appearance in the Falcon and The Winter Soldier, which was released earlier this year.

Fans of the comics would have instantly recognized her as Madam Hydra, and if you know the MCU, You know that no character with good intentions would have ‘Hydra’ associated with their name.

Valentina, or Val as she calls herself, is seen providing information to manipulate Yelena into thinking that Clint Barton was the one who killed  Natasha Romanoff.

Valentina is looking to set Yelena on a misguided revenge tour that has the potential to shake the MCU starting with the head of Clint Barton.

Fending off this threat will not be easy as we saw during the final minutes of Episode 4 especially keeping in mind that he has to face this threat while trying to keep up with Maya and the Tracksuit Gang, and whoever is the ‘Kingpin’ of the operation.

What does this mean for Kate Bishop?

At the end of the last episode, we see Clint Barton tell Kate Bishop to go home as he realized that it’s not fun and games anymore.

The young and inexperienced Kate Bishop was too much of a rookie in the eyes of Hawkeye and in his eyes going home was the best thing she could do to avoid being in danger.

Heartbroken, Kate leaves the rooftop dejected as her childhood hero doesn’t acknowledge her as his partner.

If the past 4 episodes have taught us anything, it’s that Kate Bishop is not one to just pack up and go home. Besides, she has her own mystery to figure out.

The full of life Kate Bishop will not let this setback affect her and she will probably be back at it the next episode and it will be interesting to see how the two of them would eventually cross paths again in the upcoming episodes.

Stay tuned while we release more updates regarding the upcoming Hawkeye Episode 5 releasing this week, and keep visiting for the latest TV Show updates. 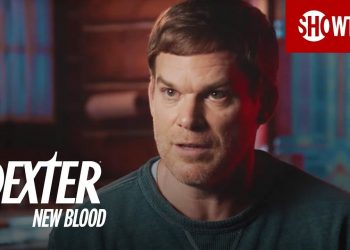 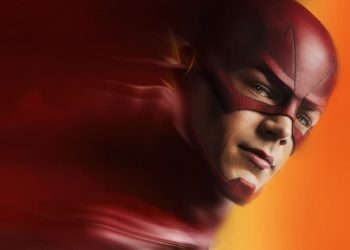 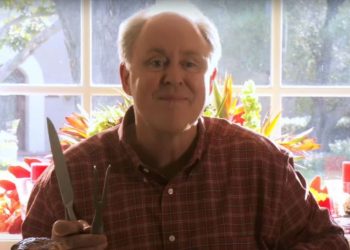 How The Trinity Killer Can Return In Dexter New Blood

One Piece 1035 Spoilers Reveal The Secret Of Lunarian Tribe

by Shreya Roy
No Result
View All Result